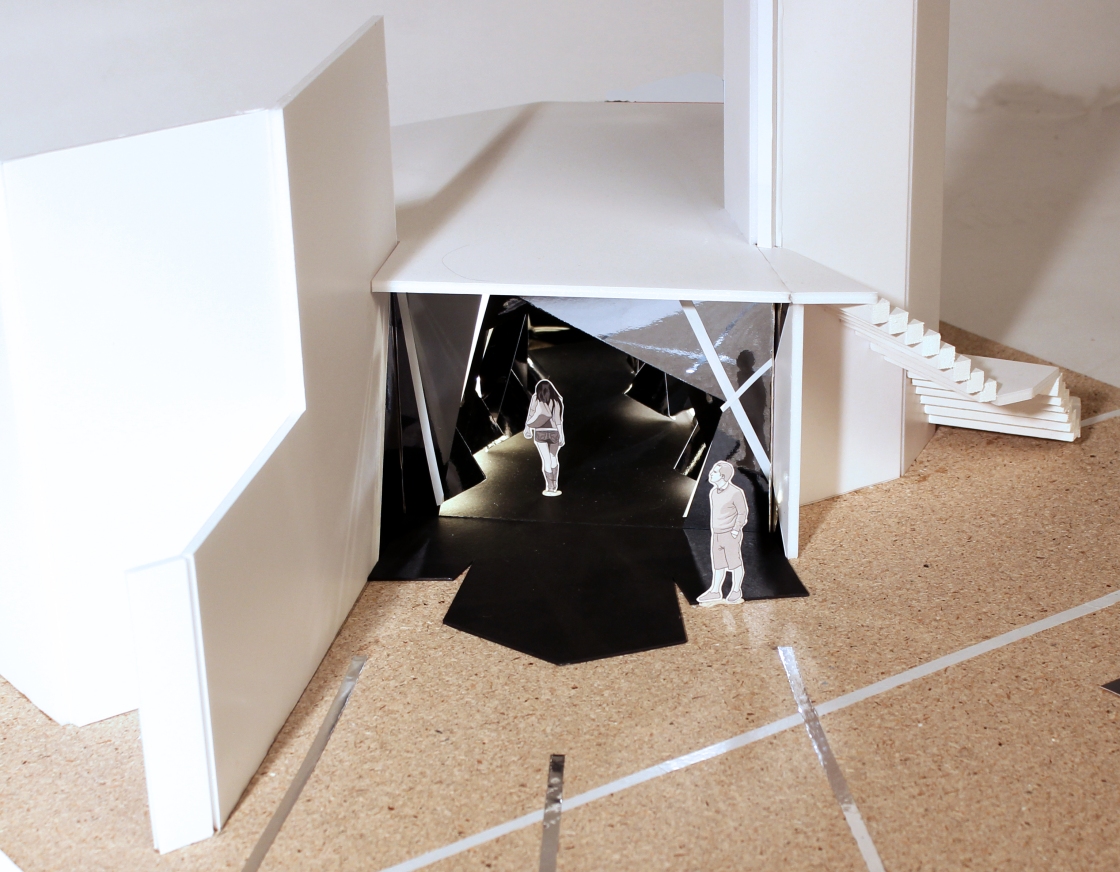 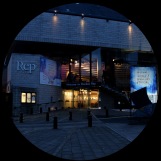 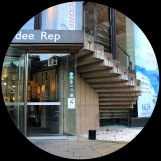 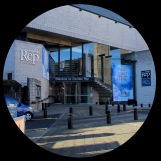 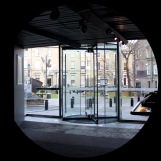 This is a new design for the threshold of the Repertory Theatre on South Tay Street, Dundee. The building is a well known locally and was recently shortlisted for the top building award in Scotland. My aim is to create a contemporary entrance design that will give this unique building a new lease of life whilst being sensitive to the existing architecture. It is designed in such a way as to allow the theatregoer to pass from reality into another world. I have done this by focusing mostly on the semantic aspects of the design.

Going to the theatre is a pleasant treat and a chance to escape the banality of everyday life. Just as a proscenium arch frames a window into another world, the proscenium passage draws the viewer into that world. The barriers between the external and internal are here blurred and somewhat dissolved as the viewer is pulled into the world of the stage. Instead of serving as a barrier between audience and actors, or inside and outside, my design invites the theatregoer to leave the grey outside world upon entering the building. Thus the theatregoer plays his or her own part in the experience much like the actors on the stage. This before the curtains are even raised for the first Act makes the viewer feel like a star in the show too! 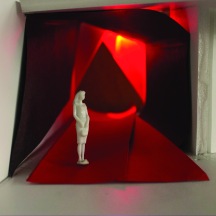 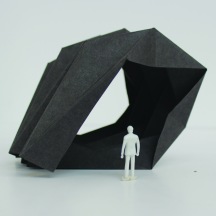 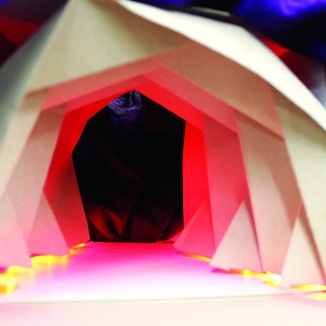 I began the design process by contacting the original architects, Nicoll Russell studios who designed the building back in 1982. They were kind enough to invite me to their office for a brief insight and give me architectural drawings to aid me in my design process. I researched the shapes involved with the Russian constructivist style of the building. I also examined the different aspects of what makes a theatre a theatre. This lead me to consider the use of curtains and spotlights for my theme. Various sketch model experiments then lead me on to using origami as a useful technique to represent the curtained entranceway. Origamic architecture is very contemporary and the angular shapes harmonise successfully with the style and design of the building. As thresholds traditionally give a clue to the nature of what lies beyond, I wanted my design to create an exciting starting point for the journey to follow. The theatre-goers’ evening away from the outside world begins the second they cross this threshold.

For the materials I used a matte black rubber floor and brushed dark steel for the origami-style wall panels. The length of the passageway is illuminated by warm white LEDs from behind the curtained walls such as those you would find round a dressing room mirror. The dark colours add a sense of mystery with the lights and reflective surfaces adding a touch of glamour. There is the smoke and mirror affiliation commonly associated with illusions seen on the stage. Not only would the theatregoer feel illustrious upon entering the building but also feel that sense of excitement about what they were going to see. This threshold itself takes you on a journey through time and space where another magical realm awaits. 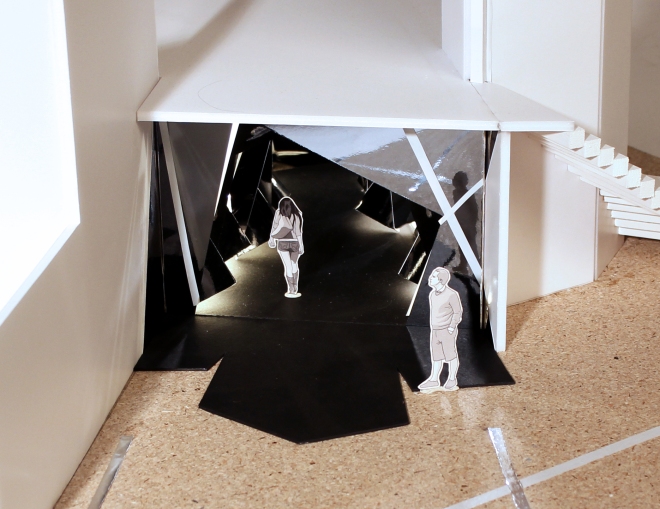