An Exhibition Design company would often need to collaborate with other companies and disciplines as well as communicate effectively with other places on a global scale. I also considered that there may be a call for some display or interactive designs to be demonstrated to the public to see how they were received. I therefore needed to make sure allowed for this in my design.

I began zoning my different areas and thought about what i needed to include in my design, what would allow for best space efficiency and allowed in most natural light. I wanted to add a mezzanine level but didn’t want to make the space too overcrowded. 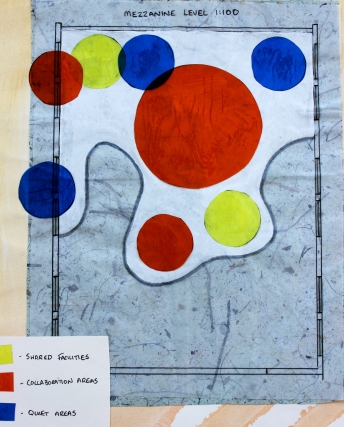 I started to think about my colour scheme and decided I would like to use bold colours like bright purple and orange against a neural background. i thought this would also best represent drama and creativity. I also considered adding features such as wavy glass partitions that could represent brain waves and privacy pods where people could work in peace. 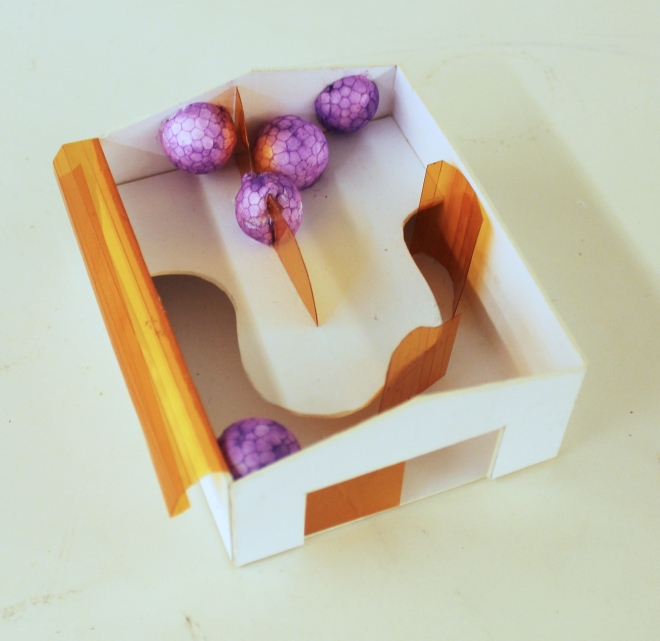 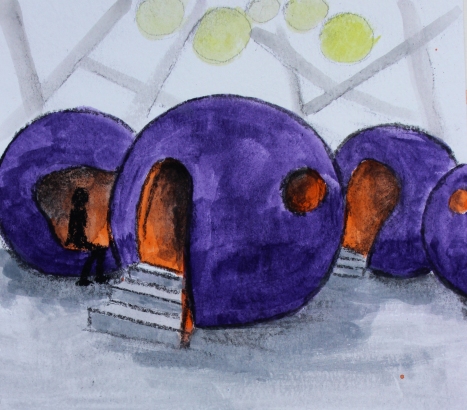 I began to experiment with different layouts and organic shapes using sketch models. 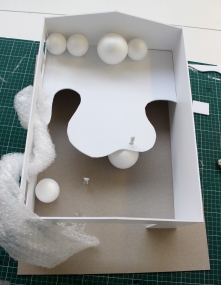 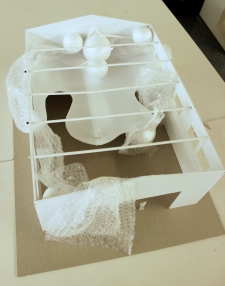 My main concern at this point was if I were to stretch the mezzanine right out into space I wouldn’t get much natural light into the ground floor area. This led me to think of building my neuron shape as an actual 3D structure tent which would be much for fitting as an exhibition space. 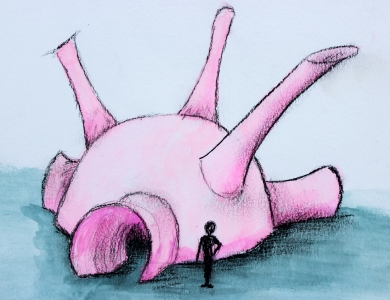 After some further experimenting with my floor plan, further sketch models and digital model I had come up with my final design. 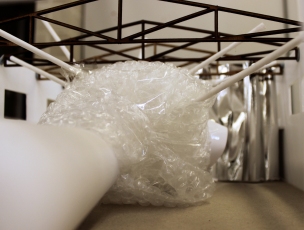 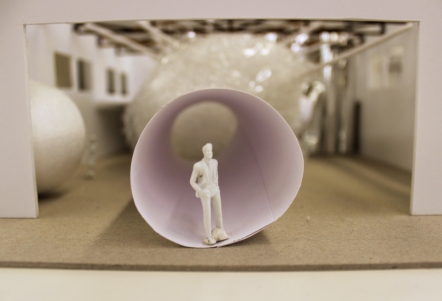