Following on from my previous post I decided to focus on the Murraygate site in Dundee city centre. The site is in a prime location, being so central, and had been lying derelict for some time, I was sure that I could give it a new lease of life. I began the next part of my design process by brainstorming what uses the site could have, here are some of my main ideas; 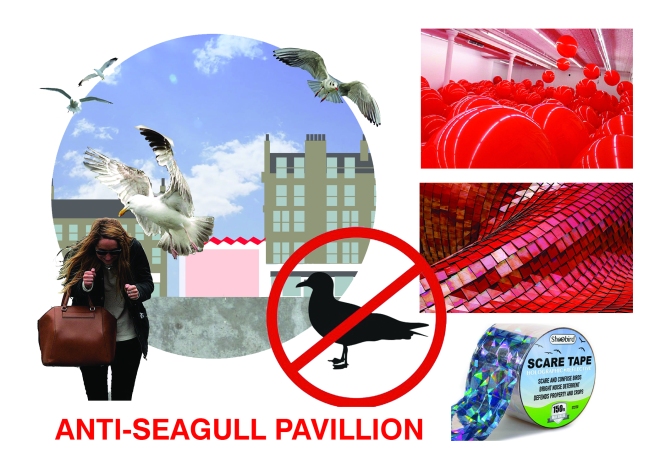 Most of the local Dundee press was inundated with stories of seagulls attacking people over the Summer of 2019. This inspired me to create an anti-seagull pavilion as a refuge for central workers and visitors to eat their lunch outside in peace. Seagulls are apparently deterred by kinetic, metallic structures, balloons and the colour red so I considered how I could bring these materials into the design. 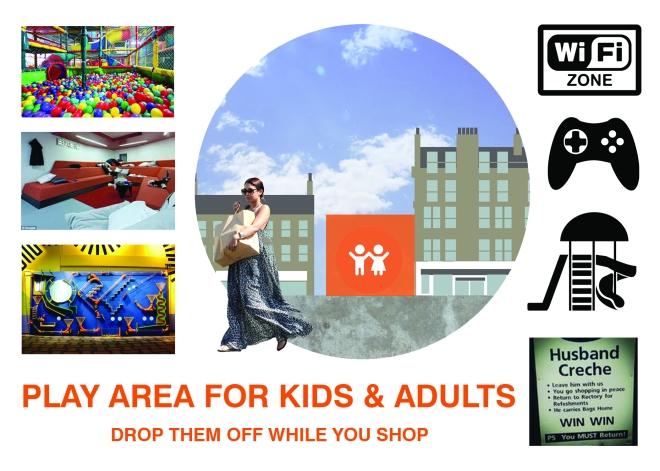 What Dundee City Centre is severely lacking is a play area for children. Most children get bored shopping so a place to stop for recreation would help alleviate the tedium and make going to the shops less of a chore. And play areas don’t have to be just for children! A place for adults to play too, or at least an area to for them to sit, get a refreshment and even some free wifi too! 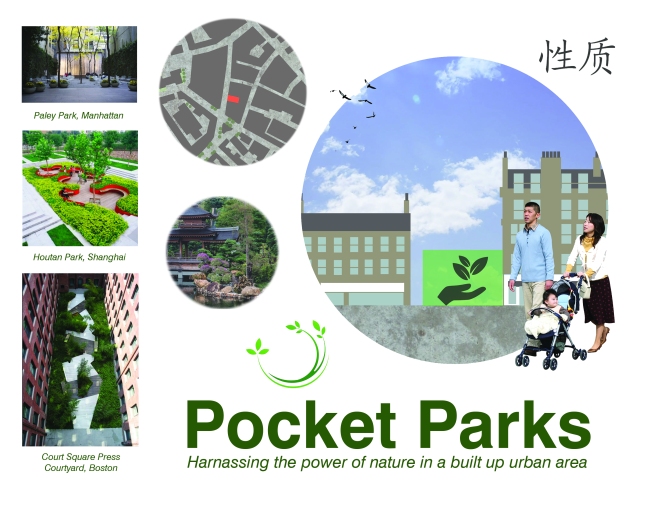 There is a lack of green space in Dundee city centre and one of the city’s most polluted streets lies just south of the site. I was inspired by some of the many little parkettes I encountered during my time living in a built up area of China. Green spaces are very important in urban areas as they promote relaxation, are good for mental health and provide a refuge from the hustle and bustle of busy city life. I decided to go with this third idea as I felt it was something that would be beneficial for everyone and not just a certain demographic. 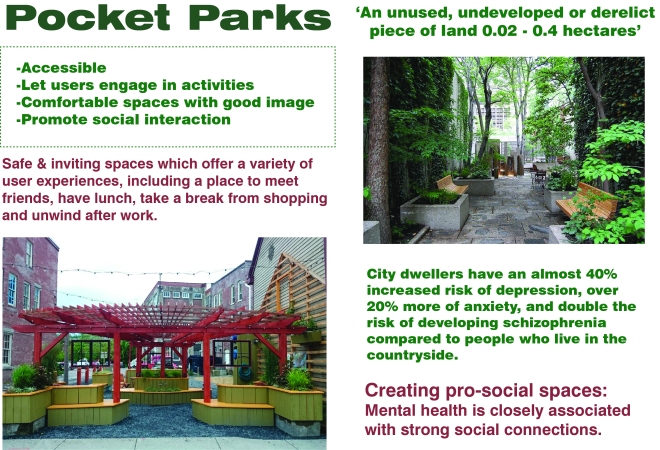 Now that I had decided on an urban pocket park for my project; my next challenge was to work out how I was going to turn a small space which got very little sunlight, especially in the winter months, into a a thriving nature refuge just off of one of Dundee’s busiest shopping streets.

Luckily I do like a good challenge! In preparation for the next part of my design process I created a 3D model of the site and surrounding buildings, both physically and digitally, as well as mapped out the solar path throughout the day and over the course of the year.